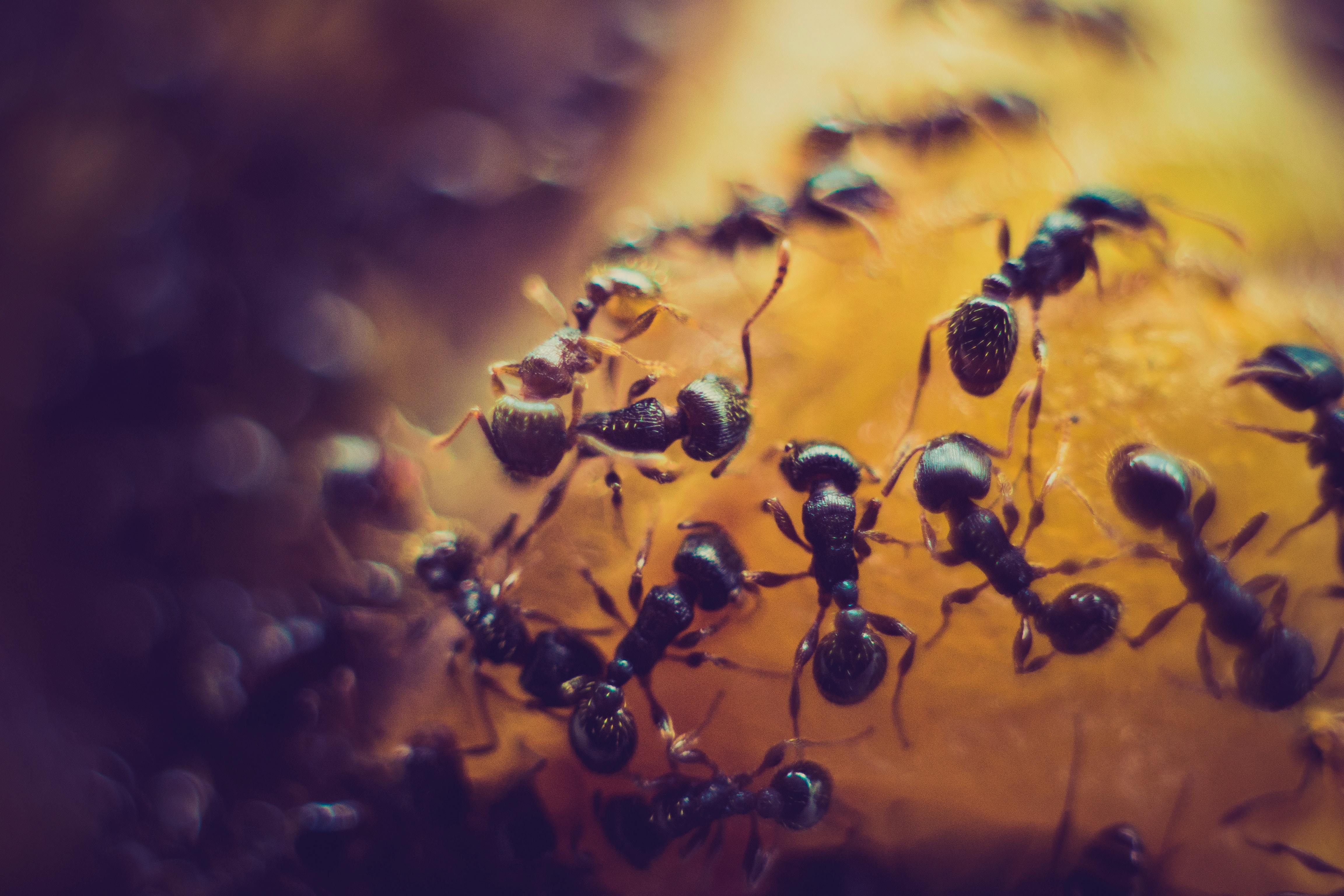 Carpenter Ants are the largest ants around your home. These ants are the most common and destructive wood destroying insects in the Pacific Northwest. Carpenter ants are a threat because they make nests in and around buildings. They do not eat or consume wood like termites do, however, they make galleries in the wood to live and raise their young. Colonies can reach the size of 40,000 to 50,000 ants. Ant activity is typically greatest between dusk and dawn. As a carpenter ant parent colony grows larger, it expands out from the main nest creating a new colony is known as a satellite colony, and is usually a close distance. The parent colony will contain the queen, larvae and workers. The satellite colony contains the mature larvae, pupae, workers, and winged reproductives. The ants will move back and forth from the parent nest to the satellite nest and to feeding areas. They will forage in and around the home for food and water, and often choose to establish satellite colonies inside a structure since these items are readily available there. Most damage by carpenter ants in the Pacific Northwest are caused by two species: Camponotus modoc or Camponotus vicinus. These species commonly nest in standing trees, logs, stumps, etc.

Odorous House Ants are small, dark brown ants approximately 1/8 inch long. They are often referred to as “sugar ants” due to their fondness for sweet foods. Empty soda cans, syrups, and any other type of sweet food debris are all attractants to this ant. Odorous house ants foraging in and around the home for food or water will often choose to establish colonies inside the structure since these items are easily available there. They are often seen in the kitchen and bathroom beginning in late March to early April. Inside the home they are generally found in wall voids, especially in and around hot water heaters and hot water pipes. Odorous House Ants do not cause structural damage, mostly they can be an annoyance. Odorous house ants are found outdoors nesting under rocks, old logs, under mulch, and landscape timbers, although just about anything on the ground can be a nesting site for these ants.