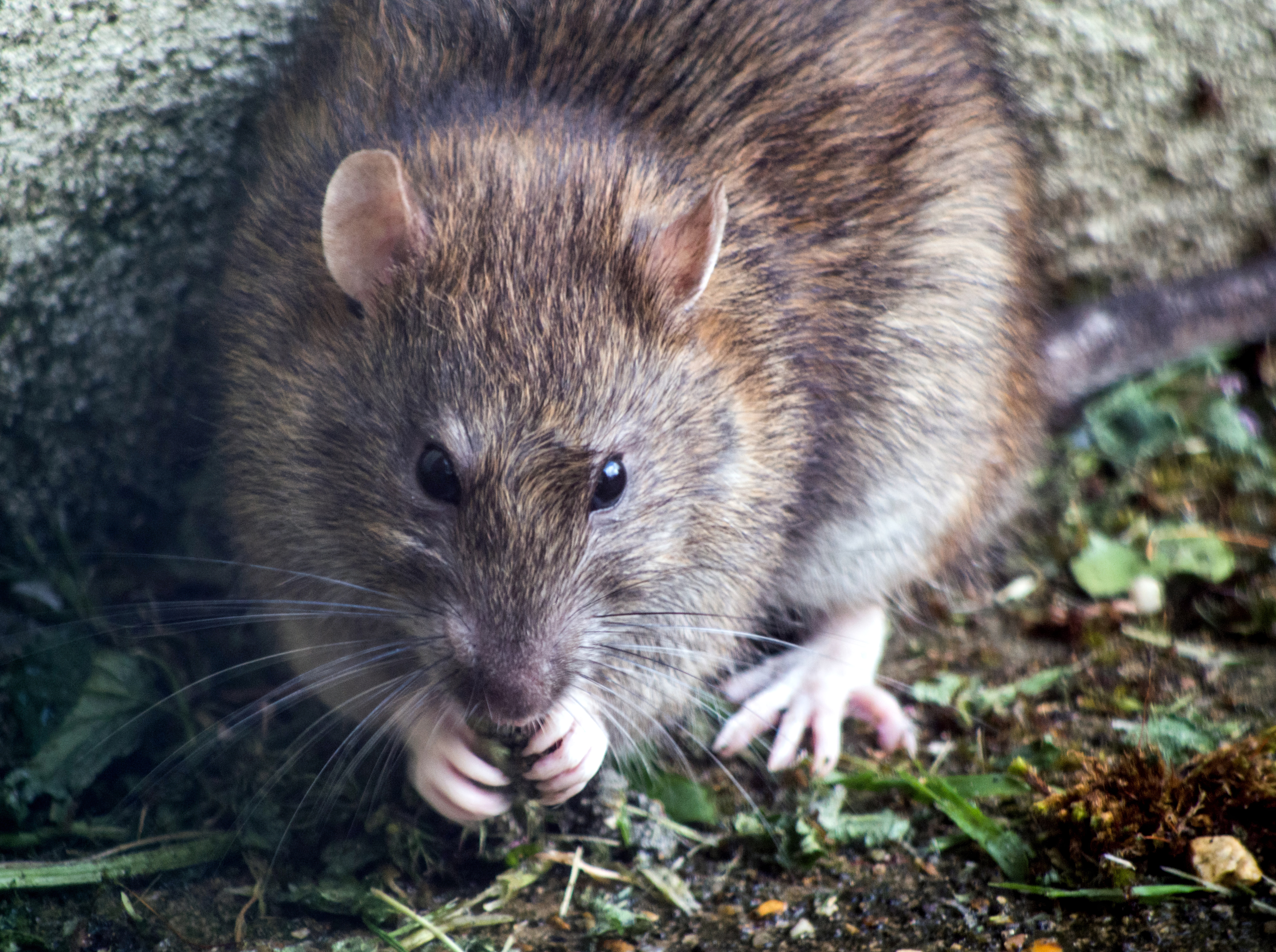 Name applied to numerous species of small rodents , often having soft gray or brown fur, long hairless tails, and large ears. The chief distinction between these animals and the variety of rodents called rats is in size: mice are usually smaller. Many small rodents are adapted for leaping or hopping and are named accordingly, e.g., the North American kangaroo rat and Asian jumping mouse.

Name applied to various stout-bodied rodents , usually having a pointed muzzle, long slender tail, and dexterous forepaws. It refers particularly to the two species of house rat, Rattus norvegicus, the brown, or Norway, rat and R. rattus, the black or roof rat. Both species originated in Asia, but have spread throughout the world, mostly on board cargo ships. The black rat was common in Europe in the Middle Ages and was responsible for the spreading of plague. It has since been largely displaced in cooler regions by the brown rat, which reached Europe early in the 18th century, and North America by 1775. The brown rat is the larger of the two, growing up to 10 inches long excluding it’s tail and sometimes weighing more than a pound. It is commonly brown with white underparts and pink ears, feet, and tail. It is a poor climber, but an excellent burrower and swimmer; it is found in the damp basements and sewers of most temperate zone cities. The laboratory white rat is an albino brown rat. The black rat is commonly dark gray. It reaches a maximum length of 8 inches and has a longer tail and larger ears than the brown rat. A good climber, the black rat inhabits attics and upper floors in warm areas; it is the common rat of the Mediterranean region, the SE United States, and Central and South America. Rats are omnivorous, aggressive, intelligent, adaptable, and extremely fecund. Females produce as many as 8 litters each year with as many as 20 young per litter. The gestation period is three weeks, and the young reach sexual maturity in about two months. Rats may live as long as four years. They are social animals but sometimes fight among themselves. They live mostly in and around human settlements, where they have few natural enemies and an abundant source of food. They invade food supplies and cause widespread destruction; they also spread human diseases such as typhus and tularemia. Despite human efforts to exterminate rats, the house rat population is probably equal to the human population. Besides the house rats, the genus Rattus contains several hundred wild-living species. In addition, many other members of several different rodent families are called rats, e.g., the bandicoot rat , the wood rat, or pack rat , the rice rat, the muskrat , and the kangaroo rat.

Quality 1st Pest Solution’s philosophy regarding rodent control is to eliminate all reasonable entry and exit points within a structure. Prior to the initial inspection, we communicate with our clients regarding their needs and concerns. We proceed to determine the type of pest(s) present and the level of infestation. A thorough inspection is performed to locate entry points. Upon completion, Quality 1st Pest Solutions will present a customized plan addressing the repair and trapping needs to exclude your home. **All Exclusion Repair Work is Guaranteed for 1 Year**