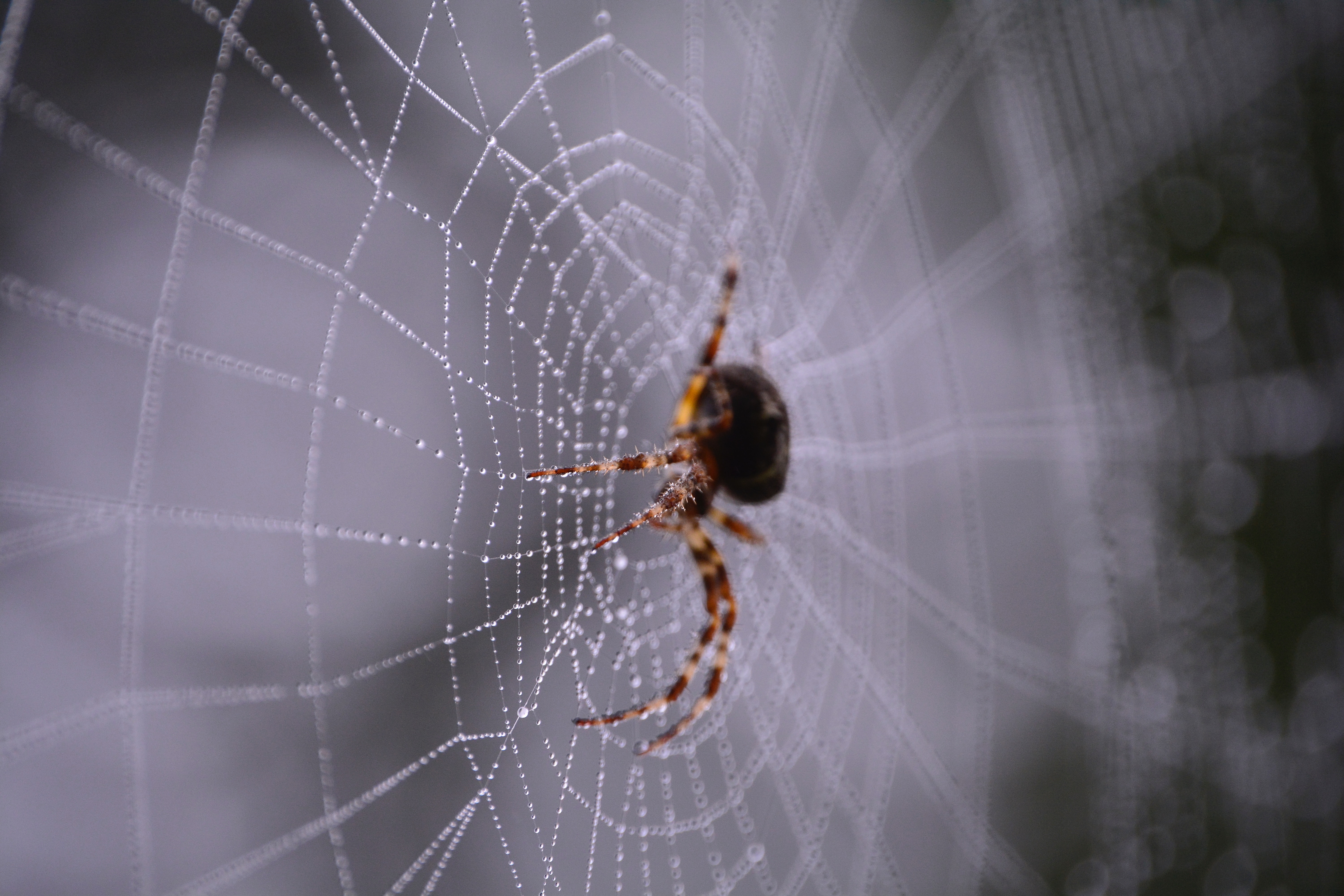 Spiders are from the class Arachnida, and have four pairs of legs and a two-part body consisting of a cephalothorax, or prosoma, and an unsegmented abdomen, or opisthosoma. The cephalothorax is covered by a shield, or carapace, and bears eight simple eyes. On the underside of the head are two pairs of appendages: the anterior pair called chelicerae and the second pair pedipalps, with which the spider captures and paralyzes its prey, injecting venom produced in the poison glands. Three pairs of spinnerets toward the tip of the abdomen produce fluids that harden as they are drawn out to form silk threads.

Although mostly found in Eastern Washington, black widows have found their way to Western Washington, and have started nesting. The female black widow has the appearance we associate with black widows despite males not conforming to the look: a glossy black body, pronounced abdomen with the signature red hourglass. The black widow bite is notorious for being lethal for humans, and does produce a venom considered one of the most lethal naturally produced venoms; however, most humans with experience only some side effects, such as severe muscle pain, abdominal cramps, and muscle spasms, for three to seven days. The little spider cannot produce enough venom in its bite to inject a lethal dose for most humans, but may be able to inject a lethal dose for children, the elderly, and the infirm. Often black widows are not hostile, and only bite when they are back into a corner.

Hobo Spiders vary from ½” to 1 ¾” in body length, and are a dark brown with a chevron pattern on their abdomen pointing towards the spinnerets. The hobo spider is thought to have been introduced to the Washington area from Europe through commercial shipping sometime before the 1930’s. Initial interactions with the hobo spider were mistaken for brown recluse due to the similarity in appearance and venom, and it wasn’t until 1983 that the hobo spider was identified as the culprit.

The hobo spider are reputed to be aggressive, which is in fact because they have very poor eyesight and need to be ever-ready for any prey. Therefore, anything that moves is considered prey, be it human, animal, or insect. In half of the instances of a hobo spider bite, the spider will inject no venom, a dry bite, but when it does inject venom, it has the ability to produce necrotic lesions and systemic illness. A small bite can become a large wound as the venom slowly kills the flesh. Such a bite can take years to heal.

To safeguard against hobo spiders wear gloves when working in the yard, cleaning your basement, or reaching into dark areas. The hobo spiders do not often climb high on vertical surfaces, and create a distinct funnel shaped web near the ground.

The Pacific Northwest has many different kinds of spiders, however, other than the above, they are mostly harmless. Still it is best to always handle spiders as if they were poisonous.